DEMOMAN:
Remember that Demoknights have resistances. You may expect the clean 100 damage but it will be less. The same thing for Soldier applies here too: You can use your explosives to either escape or to keep him away.

DEMOKNIGHT:
Two Demoknights meeting can feel like a cowboy duel at times. I said before you should notice the sword and shield, and that's extra important for DK. If you're using the Half-Zatoichi, pay extra attention to see if the enemy is also using it. If the enemy has an Eyelander, odds are they have more health and speed than you. If they have a Skullcutter, they will deal more base damage. If you have a Tide Turner and they have another shield, you can escape greatly.

ENGINEER:
You die to two hits of the sword, but your sentry hard counters Demoknight. If one is approaching you, run to the safety of your turret. If you have the Gunslinger, you have the upsides of not dying to two hits and putting a Mini-Sentry real quick. Outside of these situations, your shotgun at close range does more damage than your melee.

MEDIC:
Try to run to the safety of your team I mean, you shouldn't really be flanking alone, right?. But if not possible:
How many times I've killed the Medic's patient, the Medic proceeds to hit me several times with the Ubersaw and just keeps doing it. Your Ubersaw gives you 25% Uber for every hit. USE the Uber to escape if you need it, that's useful. In-game tips tend to be stupid but a good one is the one that says "It's better to use Ubercharge too soon than to lose it by dying". If you have the Solemn Vow, you can see their health to know better what you should do. If you have the Overdose, you can run faster. If you have the Blutsauger, you can heal lots. If you have the Vita-Saw, I can understand risking death to get a few organs, that's alright.
But if you see yourself stranded and with nothing to do, well, just go for it, hope you're Gaben's favorite.

SNIPER:
You die to two hits as well, but most importantly, pay attention to your surroundings. Demoknights can't resist the urge to taunt kill (Just kidding. Or not). Hitting a headshot from not too far away is hard, but if you have one of the SMGs, they can do some good damage. If you have the Jarate/Carbine and the Bushwacka, you can crit the Demo. Even without the Bushwacka, you still deal Mini-Crits. If you have the Huntsman, you can punish cocky Demoknights who just sees you as a free kill. Using the Huntsman, you WANT to be very close, so you can almost always get a guaranteed HS against DKs.

SPY:
Being a Spy against a Demoknight is very hard, I'll say that. But if you know how to play your cards right, you can backstab them before they can do much. Well, it's certain that they'll be very close to you, so it could be your time to shine. From far away, remember you have a gun. If you're using the Dead Ringer, try to take the first hit and only activate the DR on the second hit, because you normally die to two hits, so the illusion will work better that way. But something you should do all the time is look behind. Yeah, getting a taste of your own poison, but it's true, I've learned that Demoknight is the spy of the spies, because I always get them from behind. 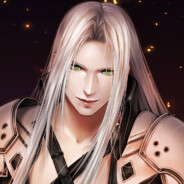 f*********
Some winners in this raffle have chosen to hide their names and/or avatars.
You can choose to show your name and avatar by going to your settings page.
Trade Offer