Did my placement matches for R6

Of course it was a trainwreck, what else would you expect from solo queue?

I have always thought that the best way to get better is to play Ranked. Is that true? Probably not, but maybe better than quickplay. Though I can tell that at least I knew some of the stuff to do, like how to play some sites, rotates or strategies in attack thanks to watching a lot of VG's solo queue series

. But you still gotta rely on your team, and just because I know some strats doesn't mean I will be top scoring and winning every fight. Oh boy no.

So as you could expect from someone who has maybe 100 hours and mains Tachanka for life it didn't go very well. I lost most of my matches, won like 3 or 4 maybe? Most went to overtime and was very painful. Althought the first ones I did didn't go too bad as I was actually getting kills and like top 1-2 on my team, last matches I did pretty badly score-wise though.

In short, I ended up Silver IV which I then lost like 2 more matches and ended up Bronze II. Then next day I played some more and got back to Silver and now I am nicely sitting in like Silver V.

What I learnt from this was: 1. Play some practice matches before going into Ranked. In all honesty I don't really care all that much about rank but I don't just want to go into a match and mess up the easiest kills ever.
2. COMMUNICATE Even if it's only you with a mic it's so much better to ask someone on your team to go with you than staying silent and having 4 fraggin ops. At first it might be scary to talk to your team but what at least works for me is knowing that they probably don't care how my voice sounds like and just want to have a good match. Maybe not the best advice but it works for me.

3. Don't get greedy. God this happens so much, specially on defense. Imagine there is only 1 guy left on the enemy team so what your entire team does is 1 by 1 try to spawnpeek and all get killed. Same can happen when you got defuser down and everyone goes up to the Smoke that has a shotgun or something. Just play it safe man. please.

That's all for now 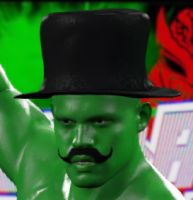 PJohn Deo Bill
This is like that one time when

L*******
Some winners in this raffle have chosen to hide their names and/or avatars.
You can choose to show your name and avatar by going to your settings page.
Trade Offer