March 8th, 1983: Hello! This is it. This is the end. Today, after the smoke cleared, it has been shown that the robots are victorious! Indeed, Sir! And you know what that means! Time for the losing party to sign a treaty! November has already had one drawn up, it is as follows:

Dear humans, we have got you up against a wall. We have you surrounded on all sides. There is one way out of this for you, however. We do not want the deaths of many innocent lives, so you must do this: Give us this land for ours to govern, as shown here. Next, you will withdraw all forces from the coast that will border our new territory. Then, you will be paying for all the damages that we incurred while fighting you. So, that will be about 20,000,000 credits, for ammo, explosives, and general repairs. Also, you will be recognizing any entrants from Free Arstotzka in, should they want to travel through your country, after a week and a half moratorium. Lastly, any robots that you captured or ones that did not fight with us, you will hand over. 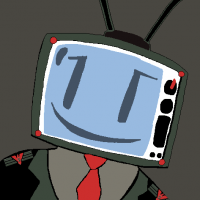