Well, it's been hell, as usual. For those who don't even know what happened, I was scammed once again, losing the unusuals, as well as the Dancing Doe that I unboxed. I have recovered bits of it through paying for keys and profiting on trades, so now the cosmetics I've always plan to use I have now. Also, gotten an interesting deal from a bot on the selling side of backpack.tf. Somehow, I now got the Killer Solo taunt with instead of a screaming tiger effect, it's the Holy Grail, but for 8 keys. Suggested price is over 10 keys, so I have no idea what that bot was thinking.

With the scamming incident, it was not your average scam. It happened where a certain person overlooked my profile and hacked into the software to cancel one of the trades I just made to one of my friends that was offline at the time (who is definitely not a scammer), and then sent all the items to an account that copied off the same name instantly with acceptance. Now, I never did sign into any websites, so I question how the guy did it, though I was conversating with him through discord, and nothing out of the normal. And let me point this out, fuck you certain people for laughing at me when this and the other scam happened to me. That's right, I had a lot of people from Steam being real jerks about it. Well, let me say this to you all, I sure hope it doesn't happen to you. I don't think I deserve this nonsense, since I willingly helped at least two people get away from losing their account and possibly getting their items back thanks to the scams from this week! Not kidding...

On the side note, I made another unboxing video HERE, but it's unlisted for reasons of possible scammers running up my ass about stuff, and sure enough, it was kinda a disaster. I was half asleep too, so I kinda didn't know the prices of stuff. Yes, I gotten quite a bit of backpack expanders and festivizers from it, but it was just disappointing. Already been selling my stuff, so let's see how that goes.

I am now part of a group to help track the scammer's every movements and communicate with those who are victims of the scams. Sadly, the methods and constant editing happened to one of their profiles, and I was lucky enough to get them pointed in the right direction and save their butt from losing complete control of their account. That was indeed a scary moment.

Nothing else about my life that much, just, terrible terrible things are still happening. Crying with others, helping out those who lost something (Not just items from scams), and even returning to a darker subject again. Still, it's nice to raffle again...

Daily Drawing and Trivia on entered message
Here! Here! Ready! Ready! To! To! ____ ! 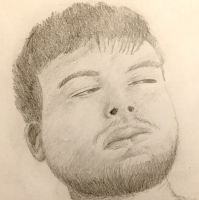 SPCSpicer337
I want to be a thing, not a person

J*********$
Some winners in this raffle have chosen to hide their names and/or avatars.
You can choose to show your name and avatar by going to your settings page.
Trade Offer
Automatically sell up to 100 of your eligible hats at once.