We are now at Wedgehurst Station and Hop got mad at us for not catching a single pokemon on our way there. Fuck you, Hop. Wow, I can't believe that was the first "fuck you" moment of this Nuzlocke. Anyway, we took a train to the Wild Area, which is pretty much a shopping mall. In the Dappled Grove, I caught Spinch the Grubbin from a den raid. I was a bit disappointed with the weather I had in the rest of the Wild Area, so I decided to not catch any other mons at the moment. I made my way to Motostoke so that we can get registered for the Gym Challenge. My number is 801 by the way. After doing that, we meet the one and only Poke Ball Guy. Oh Lord Rayquaza, he is awesome. Now at the hotel, Sonia tells us about a cool hero with a sword and shield that stopped the darkest day. Neato beans I'd say.

Next we find some hooligans that go by the name Team Yell. Spinch took the lead in taking them out. Hop interjected and added himself into the fray because he thought I was just training. After that little spat, Marnie comes in and scolds Team Yell for being rude. After a night of rest, it's time for the opening ceremony. Anyway we meet Chairman Rose in person, only to find out he is just plugging his company's merch. Oh well, on our way to Route 3, it appears that Hop wants to battle us again. I guess I'll just have to play along for this one. Chomper One starts off by biting his sheep a few times, even landing a crit. Hop heals the sheep. I eventually swap out to Jay Jace so he can peck the sheep to death. Goku pops on out to cut up the Sobble with some leaves before poking him with a stick. Finally it's a bird off! Jay Jace hones his claws before hits lands a 4 hit fury! He then gives the opposing Rookidee a peck on his cheek. Cute.

On Route 3, I struggled to catch Scooter the Sociable the Rolycoly. In the Galar Mine, I caught 2OP Plz Nerf the Drilbur. I also decided to do some camping before going through the mine and Goku went and evolved into a Thwackey. At the very end of the mine we find a rather smug fellow who thinks he's better than us just because he was endorsed by the chairman. How cute, Bede was it? Spinch takes no time in taking out the Solosis, but takes two turns giving the Gothita bites.  The Hatenna gave Spinch some cornfusion, but he shrugged it off. Right after that win Jay Jace evolved into a Corvisquire. Bede says that he'll win the next time we fight. All I can say to that is shut up and get off your high horse, Bede.

Next time we shall make our way to Turffield and beat the shit out of Milo. 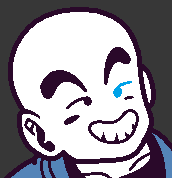 J*****
Some winners in this raffle have chosen to hide their names and/or avatars.
You can choose to show your name and avatar by going to your settings page.
Trade Offer